Naples is a medium-sized coastal city (i.e. on the ocean, a bay, or inlet) located in the state of Florida. With a population of 20,211 people and 61 constituent neighborhoods, Naples is the 130th largest community in Florida.

Naples is a decidedly white-collar city, with fully 92.83% of the workforce employed in white-collar jobs, well above the national average. Overall, Naples is a city of sales and office workers, managers and professionals. There are especially a lot of people living in Naples who work in sales jobs (24.35%), management occupations (21.35%) and office and administrative support (9.03%). A relatively large number of people in Naples telecommute to their jobs. Overall, about 17.71% of the workforce works from home. While this may seem like a small number, as a fraction of the total workforce it ranks among the highest in the country. These workers are often telecommuters who work in knowledge-based, white-collar professions. For example, Silicon Valley has large numbers of people who telecommute. Other at-home workers may be self-employed people who operate small businesses out of their homes. Another notable thing is that Naples is a major vacation destination. Much of the city’s population is seasonal: many people own second homes and only live there part-time, during the vacation season. The effect on the local economy is that many of the businesses are dependent on tourist dollars, and may operate only during the high season. As the vacation season ends, Naples’s population drops significantly, such that year-round residents will notice that the city is a much quieter place to live. A large number of seniors call Naples home: people 65 and over are 48.49% of the population. Because of the prominence of the retirement community, this is good place for the over-65 crowd to settle, as many of the city’s services and social community are geared to this demographic. Naples is also nautical, which means that parts of it are somewhat historic and touch the ocean or tidal bodies of water, such as inlets and bays. Such areas are often places that visitors and locals go for waterfront activities or taking in the scenery. Compared to the rest of the country, citizens of Naples spend much less time in their cars: on average, their commute to work is only 17.53 minutes. This also means that noise and pollution levels in the city are less than they would otherwise be.

The education level of Naples ranks among the highest in the nation. Of the 25-and-older adult population in Naples, 49.40% have at least a bachelor’s degree. The typical US community has just 21.84% of its adults holding a bachelor’s degree or graduate degree. The per capita income in Naples in 2010 was $83,798, which is wealthy relative to Florida and the nation. This equates to an annual income of $335,192 for a family of four. However, Naples contains both very wealthy and poor people as well. The people who call Naples home describe themselves as belonging to a variety of racial and ethnic groups. The greatest number of Naples residents report their race to be White, followed by Black or African-American. Important ancestries of people in Naples include English, German, Irish, Italian, Scottish and Polish. The most common language spoken in Naples is English. Some people also speak Spanish. 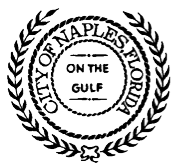